How to Generate Ideas Like Crazy: Lessons from Creative Geniuses [#ETRRBlog]

“Creativity is the intellectual ability to make creations, inventions, and discoveries that brings novel relations, entities, and/or unexpected solutions into existence. It’s a gifted ability of humans in thinking, inference, problem-solving, and product development.”
– Yingxu Wang

Oh, please, don’t say you have any desire to be creative!

The question is, can you cultivate this quality? Or, you are doomed to remain a realistic and analytical individual with no proclivity for creativity?

We bet most of you saw this pic. 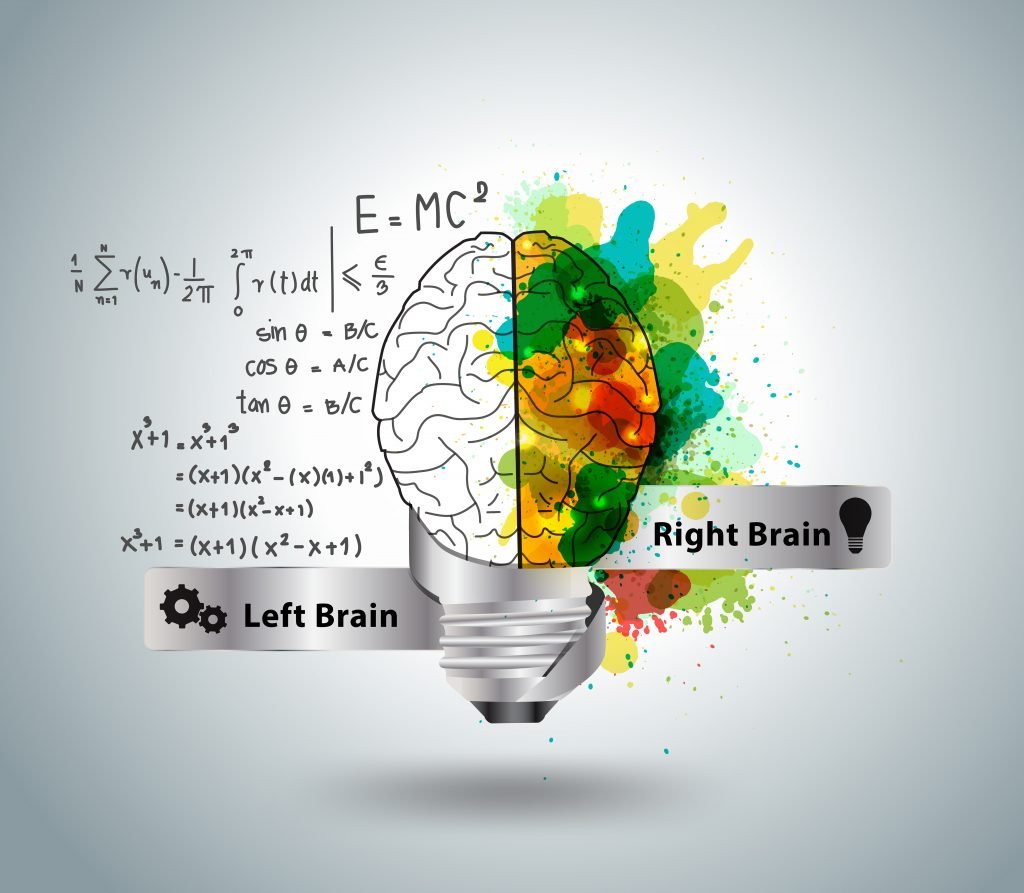 Creative concept of the human brain with light bulb ideas

And now, forget it.

That right/left brain distinction where the left brain is practical and logical while the right brain is creative, colorful, and poetic doesn’t work anymore. (Though it will, probably, never die!) According to the latest findings from cognitive neuroscientists, such distinction doesn’t give the full picture of how creativity appears.

The fact is, it doesn’t involve a single side of our brain.

Instead, the creative process consists of many interacting cognitive processes and emotions. And depending on the task we implement, different brain regions will be responsible for that, both conscious and unconscious ones.

It means that creativity comes not only from nature but nurture as well, and it’s high time for you to stop saying “I’m not a creative person” every time you are stuck with new ideas.

Everyone can learn to be creative to some degree, though some research would disagree:

Does it mean you are not creative if those genes are absent in your organism?

Nope, it doesn’t. Far from everyone is an artist, after all. Engineers, businessmen, marketers, directors, bloggers, doctors — do those researchers want to say all these people are non creative?

Is Everyone Born Creative?

The interesting fact is, mental disorders influence creativity, too:

“Many artistically creative people suffered from traumas, whether psychological or physical ones,” says Szabolcs Keri from the National Institute of Psychiatry and Addictions (Budapest). “Some researchers documented that those abuses influenced the brains and affected the genes and networks participating in creativity.”

Also, people with ADHD tend to be creative because their low latent inhibition doesn’t let them filter seemingly irrelevant information around, allowing to interpret it in different, more creative ways. As the author of Where New Ideas Come From Steven Johnson says,

It doesn’t mean we should become mentally disordered in order to generate ideas like crazy. Having the right genetic makeup is great, but the truth is we all are born creative. The problem is, it was educated out of us at school; and now, some of us have to “learn” to be creative again.

How To Know If You’re Creative

A leading neuroscientist at the University of Iowa, Nancy Andreasen has been studying the creative mind for decades already. Examining both artists and scientists, she explains the roles of nature vs. nurture in creativity:

To make a long story short, here come her conclusions that help you understand if your brain is creative:

In her article at Forbes, CEO of meQuilibrium Jan Bruce refers to Cade Miles’s thoughts on why creativity matters for entrepreneurs and writes about how to find out if your creative genius doesn’t sleep:

Given that we can “learn” to be creative, multiple studies suggest different ways to help us:

According to the above facts, we need to limit the logic to become creative. All they describe ways to detach from reality and defeat the force known as “the lizard brain” (Seth Godin), critical for our survival in this world.

Lull your logic, and creativity will become your shadow. As CEO at Ideasicle Will Burns says,

“Creativity is what happens when we successfully limit the logic force in our brains.”

Does it work? Let the greats talk!

How do famous people describe the creative process, and what techniques do they use to generate ideas?

From King’s book On Writing

From 50 Secrets of Magic Craftsmanship

“If Twitter didn’t have the restriction of 140 characters, Twitter would be blogging. It would be like everything else. I’m a very big fan of restrictions and think they matter for creative processes.”

From the interview for Lolo

More thoughts from Seth: Where do ideas come from?

In 2010, designer and musician Alex Cornell tried to overcome creative block and asked famous thinkers to help him by sharing their thoughts on idea generation. This project turned into the book Breakthrough!: 90 Proven Strategies to Overcome Creative Block and Spark Your Imagination, a compendium of approved insight on optimizing the creative process.

They include ideas from

“Have your heart broken. It worked for Rei Kawakubo. You’ll realize the work you’d been doing wasn’t anywhere near your potential.”

“Stop thinking like a designer or writer or whatever you are for a minute. Pretend you’re a pastry chef. Pretend you’re an elevator repair contractor. A pilot. A hot dog vendor. How do these people look at the world?”

“My strategy for getting myself out of a rut is to sit at my desk reminding myself of what the problem is, reviewing my notes, generally filling my head with the issues and terms, and then I just get up and go do something relatively mindless and repetitive.”

“Drink coffee before going to bed.”

Many famous writers have a habit of drinking coffee, by the way: it encourages positive thinking and stimulates memory, boosting spirits and motivating us to create.

We decided to follow the lead of Alex and asked two questions to several educators and creative professionals: “How would you define creativity? Do you have any tips for students on generating ideas?”

That’s what they think.

“For me, creativity is about using your imagination to find unique and original ways of doing things. For me, the best way to spark creativity is to put away all electronics, and get out a blank piece of paper and a pen. Works every time!”

“Creative thoughts happen at the most unexpected times. Always keep a pen or smartphone with you to take note!”

“I would define creativity in 2 parts: the ability to generate and/or recognize ideas and the ability to produce results from these ideas. In 2017, it is almost impossible to have a unique idea. A creative individual is a copycat…but an innovative and motivated one.

For idea generation, my number one tip is to be open to any and all ideas. Ideas are formed by making a connection between unexpected concepts. And although it can be random, the more ideas, the more connections.”

“Creativity is the combination of old and new ideas in a way that readers, viewers, and listeners don’t expect. But how to find these ideas? Well look through the works of past creative masters like Seneca, Mozart and Steve Jobs and ask yourself where did they get their ideas from? Then combine what you find with your voice. Tell brave and honest stories about these ideas and share your perspective in a way that your readers, listeners or fans love.”

“Creativity is pay attention. It’s that simple. It’s watching the world and stepping in when something catches your eye, when it grabs you so much that you can’t help but dive in. It’s a dance and an urge and a tide. As for generating ideas, I think you have to do a lot of work on a lot of bad and so-so ideas to find one good one. It can take years of digging and uncovering, but it’s the only way in.”

That’s all well and fine but…

How You Can Generate Ideas

All above mentioned and cited guys are awesome, experienced, and mature. They have examined all possible idea generation techniques and chosen those working best. It’s easy for them to discuss and give advice on the topic.

But what can you, a student in college or newbie in industry, do to become more creative? What tips and tricks can you try for generating great ideas that would help you succeed in studies, career, and life?

First of all, try to understand that idea generation is a process.

“The production of ideas runs on an assembly line; that in this production the mind follows an operative technique which can be learned and controlled; and that its effective use is just as much a matter of practice in the technique as is the effective use of any tool.”

The third one appears to be the best fit for students. Its five steps to producing ideas will strike a blow for writing essays that work, writing for critical thinking, and reading for better knowledge, analysis, and grades.

Your college life presupposes work with high volume of information, which doesn’t seem creative, right? However, brilliant ideas have to come from somewhere.

To generate them, you need to perform research, collect information, look for relationships between resources, and analyze. Also, you can borrow ideas from resources with similar problems and generate fresh ideas based on them.

So, your first step to idea generation: do research and gain resources.

Now it’s time to work with the material you’ve collected. To help an idea form, do the following:

So, your second step to idea generation: look for relationships between the material you have.

Here come the most creative part of your idea generation process: while brainstorming, forget about the subject and let your subconsciousness work.

So, your third step to idea generation: step away from the subject and let your subconscious genius work.

“Just think about it, deeply, and then forget it. An idea will…jump up in your face.” – Don Draper

That’s what James Webb Young calls the a-ha moment when your brilliant idea appears out of nowhere. Once you forget about the core subject and change perspective, you might be surprised.

How to change perspective?

So, your fourth step to idea generation: don’t miss your a-ha moment!

Once the idea strikes you, work on its evaluation and improvement.

So, your final step to idea generation: evaluate and improve it.

These come from your humble narrators of Bid4Papers. We hope they’ll boost your spirits and motivate you to not be afraid of challenges, learn new things, and be creative in college, work, and personal life.

I’m Lesley, a shy perpetuum mobile and lady of genius here, at Bid4Papers.

Nope, I don’t write essays and academic papers for students. With 5+ years of experience in web writing, I’ve joined Mike to do data research, content creation, and texts editing for this blog.

A private educator of the French language for high schoolers, I do understand students with all challenges they meet in college. The Bid4Papers blog is a perfect place to share my experience on college survival and writing, and I do that with the only weapon I have at my fingertips – words.

I write for living and pleasure, so you can find my texts at publications on education, digital marketing, freelance writing, literature, and entrepreneurship because they all are interests of mine.

I am a down-the-line humanitarian, so I won’t be able to help you with differential equations or the big bang theory. (Instead, I watch BBT with Sheldon Cooper driving me nuts!) But I am ready to discuss books, travels, movies, linguistics, and arts with you: they all inspire me and motivate to do my work better.

Nobody’s perfect, and I continue polishing my writing skills. Jon Morrow, Aaron Orendorff, and Henneke Duistermaat are the gurus reminding me that sky is the limit and my best text is yet ahead.

Networking and friendship are kings, so don’t hesitate to contact me at lesley.j.vos [at] gmail.com or say hi on Twitter!

P.S. Coffee, foxes, and Neil Patel are triggers to reach me on the double.

This post was originally published on December 5, 2016, at  https://bid4papers.com/blog/creative-ideation-techniques/